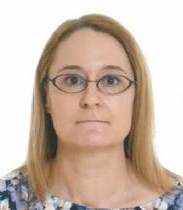 Monica Blank received the B.S. degree (Electrical Engineering) from the Catholic University of America, Washington, D.C. in 1988, and the M.S. and Ph.D. degrees (Electrical Engineering) in 1991 and 1994, respectively, from the Massachusetts Institute of Technology, Cambridge, MA.
In 1994 she joined the Vacuum Electronics Branch of the Naval Research Laboratory, where she was responsible for the design and demonstration of high-power millimeter wave vacuum electronic devices for radar applications.

In 1999 she joined the gyrotron team at Communications and Power Industries (formerly Varian) where she continues her work on high-power millimeter wave gyrotron amplifiers and oscillators. Dr. Blank has received several professional awards, including the 1998 Alan Berman Publication Award at Naval Research Laboratory, the Robert L. Woods Award for Excellence Vacuum Electronics Technology in 1999, and an R&D 100 Award in 2015. 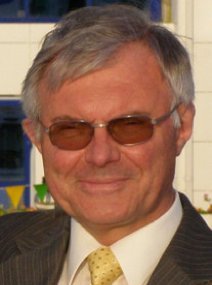 Physics and Technology of High-Power Gyro-Devices

From 1972 to 1975 he was Doctoral Fellow of the Studienstiftung des deutschen Volkes. In 1976 he joined the Institute for Plasma Research in the Electrical Engineering Department of the University of Stuttgart, Germany, where he worked on RF production and RF heating of toroidal pinch plasmas for thermonuclear fusion research. From 1982 to 1990 his research activities were mainly devoted to electromagnetic theory and experimental verification in the areas of component development transmission of very high power millimeter waves through overmoded waveguides and of antenna structures for RF plasma heating with microwaves.

In June 1990 he became a Full Professor at the Institute for Microwaves and Electronics of the University of Karlsruhe, Germany, and Head of the Gyrotron Development and Microwave Technology Division, Institute for Technical Physics, Research Center Karlsruhe (Forschungszentrum Karlsruhe: FZK). Since April 1999, he has been the Director of the Institute for Pulsed Power and Microwave Technology, FZK, where his current research projects are the development of high power gyrotrons, dielectric vacuum windows, transmission lines and antennas for nuclear fusion plasma heating, and industrial material processing. On October 1, 2009, the University of Karlsruhe and the FZK have merged to the Karlsruhe Institute of Technology (KIT).

He is member of the IEEE EDS Vacuum Devices Technical Committee and the NPSS PSAC Executive Committee, a member of the Chapter 8.6 Committee Vacuum Electronics and Displays of the Information Technical Society in German VDE (Chairman from 1996 to 1999) and a member of the German Physical Society. From 2007 to 2008 he was an EU member of the ITER Working Group on Heating and Current Drive, the vice chairman of the Scientific-Technical Council of the FZK and the vice chairman of the Senate of the KIT. From 2008 to 2010 he was the deputy head of the Topic Fusion Technology of the KIT Energy. He was the General Chair of the IRMMW-THz 2004 and IEEE ICOPS 2008 Conferencs in Karlsruhe, Germany. He has been a member of the International Organization and Advisory Committees of many International Conferences. From 2003 to 2010 he was the ombudsman for upholding good scientific practice at FZK/KIT.

He was awarded with the Kenneth John Button Medal and Prize 2000, in recognition of outstanding contributions to research on the physics of gyrotrons and their applications. In 2002, he was awarded the title of Honorary Doctor, presented by the St. Petersburg State Technical University, for his outstanding contributions to the development and applications of vacuum electron devices.

He received the IEEE-EDS 2008 IVEC Award for Excellence in Vacuum Electronics for outstanding achievements in the development of gyrotron oscillators, microwave mode converters and transmission line components, and their applications in thermonuclear fusion plasma heating and materials processing. Together with two of his colleagues he received the 2006 Best Paper Award of the Journal of Microwave Power and Electromagnetic Energy and the 2009 CST University Publication Award.

In 2010 he was awarded with the IEEE-NPSS Plasma Science and Applications Award for outstanding contributions to the development of high power microwave sources (in particular gyrotrons) for application in magnetically confined fusion plasma devices as well as for stimulation and establishing of extensive international co- operations. Together with A. Litvak and K. Sakamoto he has been the recipient of the EPS Plasma Physics Innovation Prize 2011 for outstanding contributions to the realization of high power gyrotrons for multi-megawatt long-pulse electron cyclotron heating and current drive in magnetic confinement nuclear fusion plasma devices.

For outstanding achievements in the development of gyrotron oscillators, microwave mode converters and transmission line components, and their applications in thermonuclear fusion plasma heating and materials processing.

Chao-Hai Du, research professor and doctoral supervisor from PekingUniversity, researches about millimeter-wave to terahertz-wave high-power electronics. Due to contributions to the field of vacuum electronics, he has been awarded by talent projects such as the National Natural Science Excellent Youth Foundation (2015), Beijing Science and technology Nova program (2016), Newton Advanced Fellowship of the Royal Society (2018), Beijing Science Fund for Distinguished Young Scholars (2021).

Brief Introduction to Academic Work:
Engaged in the work of new terahertz radiation sources and applications of terahertz science and technology. Hosted and undertaken several national terahertz projects, including the "973" project of the Key Research and Development Program of the Ministry of Science and Technology of China, key projects of the National Natural Science Foundation of China, surface projects and youth funds. Published 90+ SCI papers in the Physical Review Letters, Carbon, Photonics Research and other academic journals, and has been invited to give many academic conferences presentations and serving as session chairs. Organized the annual National Conference on Terahertz Science and Technology, the Terahertz Section of the National Conference on Laser Technology and Optoelectronics as the conference chairman and executive chairman, and chaired the program committee of the 46th International Conference on Infrared Millimeter Wave Terahertz. The firstly establish the "Introduction to Terahertz Science and Technology" course for undergraduate and postgraduate students since 2012, and has taught nearly 500 students for seven years.

Organized by University of Electronic Science and Technology of China